He is a professional racing driver and his goal is to become a Formula 1 driver.

The Drugovich family has always been involved in motor racing and, from there, Felipe's passion for motor sport arises. He currently lives in Italy, which is more convenient for travelling and racing throughout Europe.

Felipe started his career in Brazilian karting in 2008, when he was just 8 years old, and competed in Brazil until he was 13 years old. From 2013 to 2015 he participated in international karting races, racing in top teams such as ART Grand Prix and Kosmic Racing, achieving great results in the most important international championships.

The year 2016 was marked by Felipe's debut in formula cars: he competed in the German ADAC Formula 4 Championship and the MRF Challenge 2016/17 in the Middle East, in which he secured a victory in Dubai.

In 2017, Felipe stood out and was 3rd in the overall classification of the German ADAC Formula 4 Championship as a driver for Van Amersfoort Racing (VAR). He won 7 victories, being the driver with the most wins in the season. At the end of the same year, he also competed in two competitions with Formula 3 cars: the last stage of the FIA F3 in Hockenheim as well as the last stage of the Euroformula Open in Barcelona, in which he debuted with pole position and victory.

The year 2018 could not have been better. Felipe became champion of the MRF Challenge 2017/2018 with 10 wins and a spectacular performance. In the Euroformula F3 Open championship, played with the Italian team RP Motorsport, the driver won the title of champion in the 12th race at Monza, counting 14 victories in 16 races, and 2 second places, reaching the absolute record of victories in the history of this championship. .

In 2019, Felipe Drugovich competed in the FIA Formula 3 championship. The year was marked by many difficulties in the setup and adjustments of the car, making it very difficult for Felipe to present an outstanding result. Even so, the driver achieved the best position against his teammate at Carlin Buzz Racing.

In 2020, the Brazilian competed in the FIA Formula 2 championship for the Dutch team MP Motorsport, and achieved surprising results, adding 3 brilliant victories in his season debut. The year 2021 was also very important for his career. In Spielberg, he became the first driver to win in his debut round in Formula 2 since 2017, when Charles Leclerc (current Ferrari Formula 1 driver) was the winner in Bahrain. In the same month, Felipe won his first pole position in the category, at Silverstone.

In the sixth round of the championship, held at the Circuit de Barcelona-Catalunya, the driver won his second victory in the category with an impeccable race. Starting from second position, he jumped into the lead before the first turn and kept his pace with a safe distance from the other competitors until he crossed the finish line.

In the 11th and penultimate round of the championship, Felipe Drugovich surprised the world with his first victory in the Feature Race (a race held on Saturday, longer than the race on Sunday and with a pit-stop for tire replacement). The stage was the Bahrain International Circuit, where the driver had finished qualifying with the second best time. Starting in the front row, Drugovich took the lead in the first corner with a safe pass over the second place. The difference started to increase significantly and, on lap 15, when he went to the pits to change tires, the Brazilian was almost 4 seconds ahead. Upon returning to the track, Felipe Drugovich resumed the lead on the 20th of 32 laps, reaching more than 14 seconds ahead of the checkered flag.

In the last round of the year, held the following weekend, the driver won another podium. After a very positive qualifying session, Felipe secured a place on the third row of the starting grid for Saturday's race (Feature Race). The race was intensely paced and Drugovich remained fifth, always close to the top four throughout the first stint. After replacing the tyres, the pilot kept the pace with successive good laps overtaking fourth in the race. The Brazilian started to fight for third position with the Russian pilot Nikita Mazepin, but was “squeezed” by the competitor in two attempts to overtake. At the final flag, Felipe was fourth. However, after the race, the Stewards punished the Russian driver for the unsportsmanlike attitude of Drugovich, who then moved to third.

Only four drivers ended the year with more than two wins. Of these, only two were rookies. And Felipe Drugovich is one of them! With a balance of victories superior to that of champion Mick Schumacher, Felipe was considered a great revelation in the category, being pointed out in newspapers and websites around the world as one of the biggest Brazilian promises to compete in Formula 1.

The pilot competed in the 2021 championship for the Uni-Virtuosi team, winning 3 podiums and adding more than 100 points in the season and conquering the eighth position. For 2022 expectations are promising: Felipe Drugovich again joins the MP Motorsport team!

The Brazilian's return to the Dutch team happened in a natural way. “We had a really good year together in 2020,” recalls Drugovich. “The conversation for my return to the team happened naturally and once again I was very well received. It was a two-way street, I always felt good in there and they really wanted me to come back. MP had a good season in 2021 and I hope we can repeat, together, our good times”, he added.

And the season has already started with extraordinary results. In the second round, the driver, in a spectacular weekend, not only took pole, but also finished Race 1 in third position (starting from tenth) and, in Race 2, he got his first victory of the year, taking him to the first position in the championship with 11 points of advantage in relation to the second place! This was one of the most important victories of his career and reverberated worldwide. Felipe is now preparing for the next stage in Imola, which will take place on April 22-24. 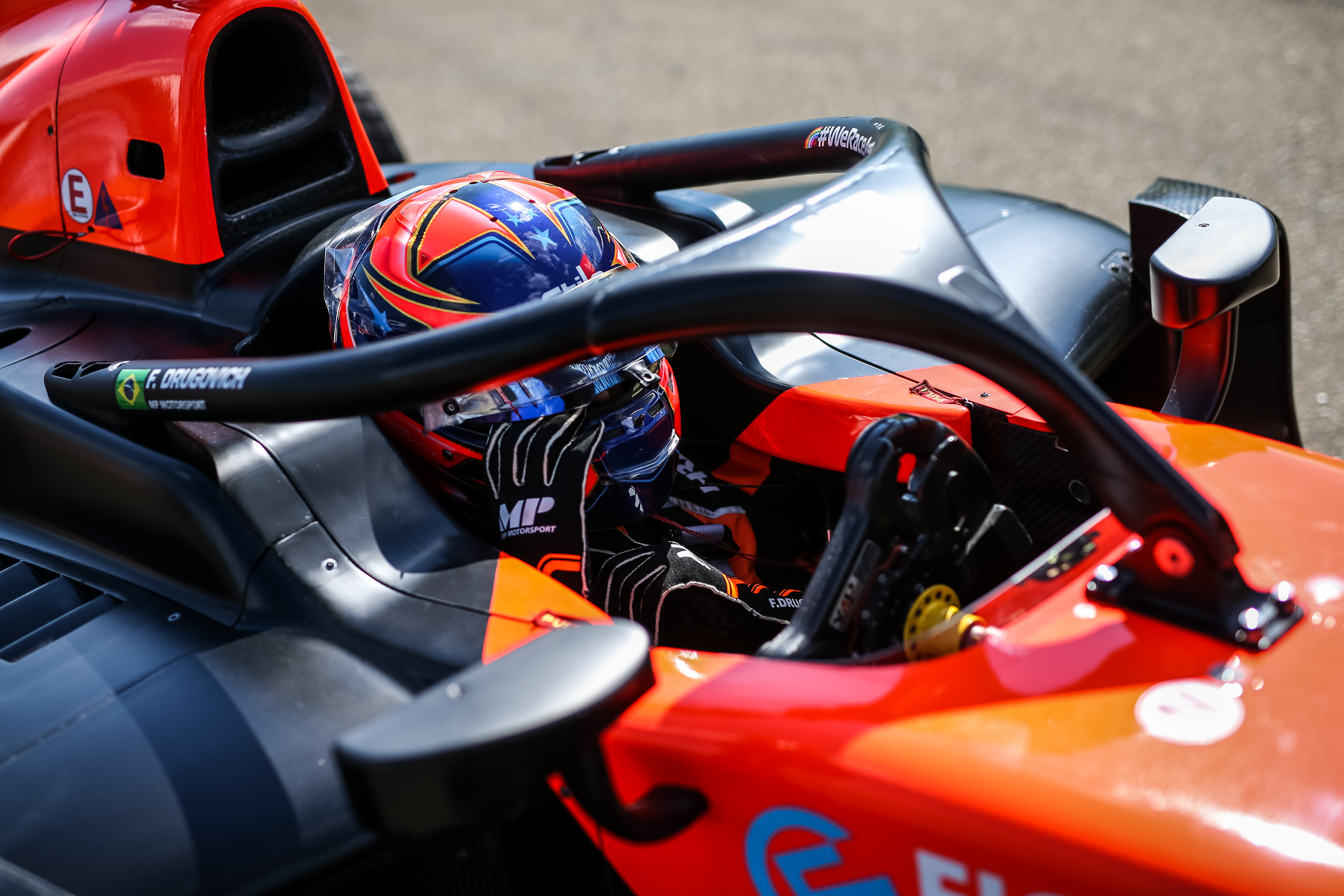 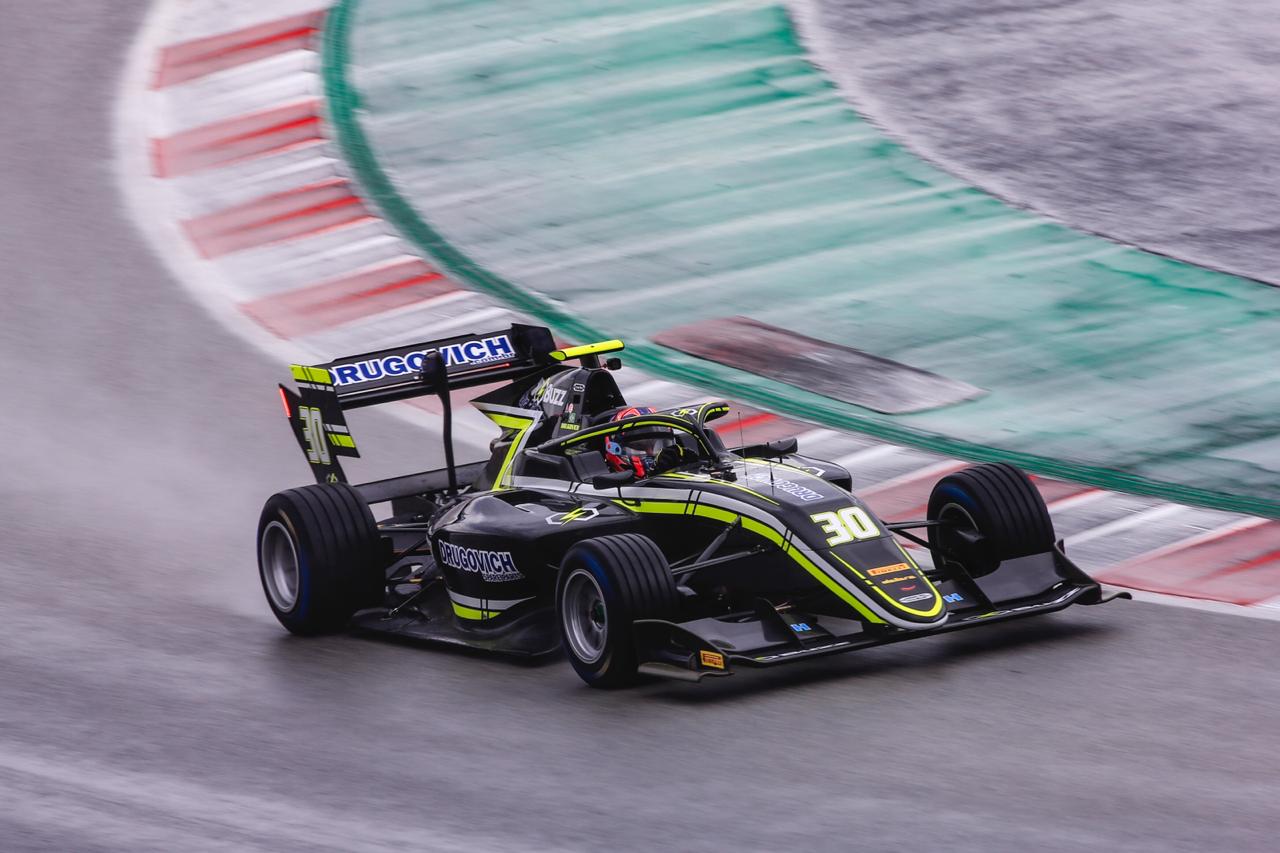 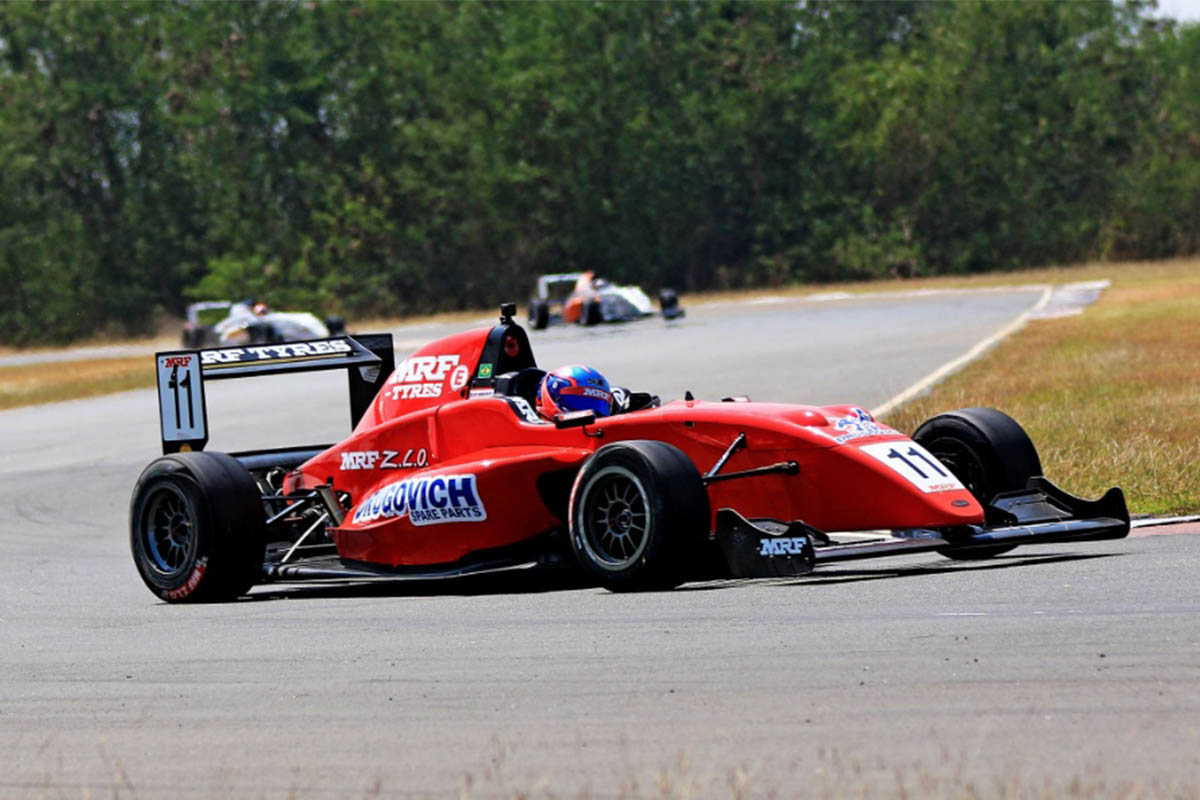 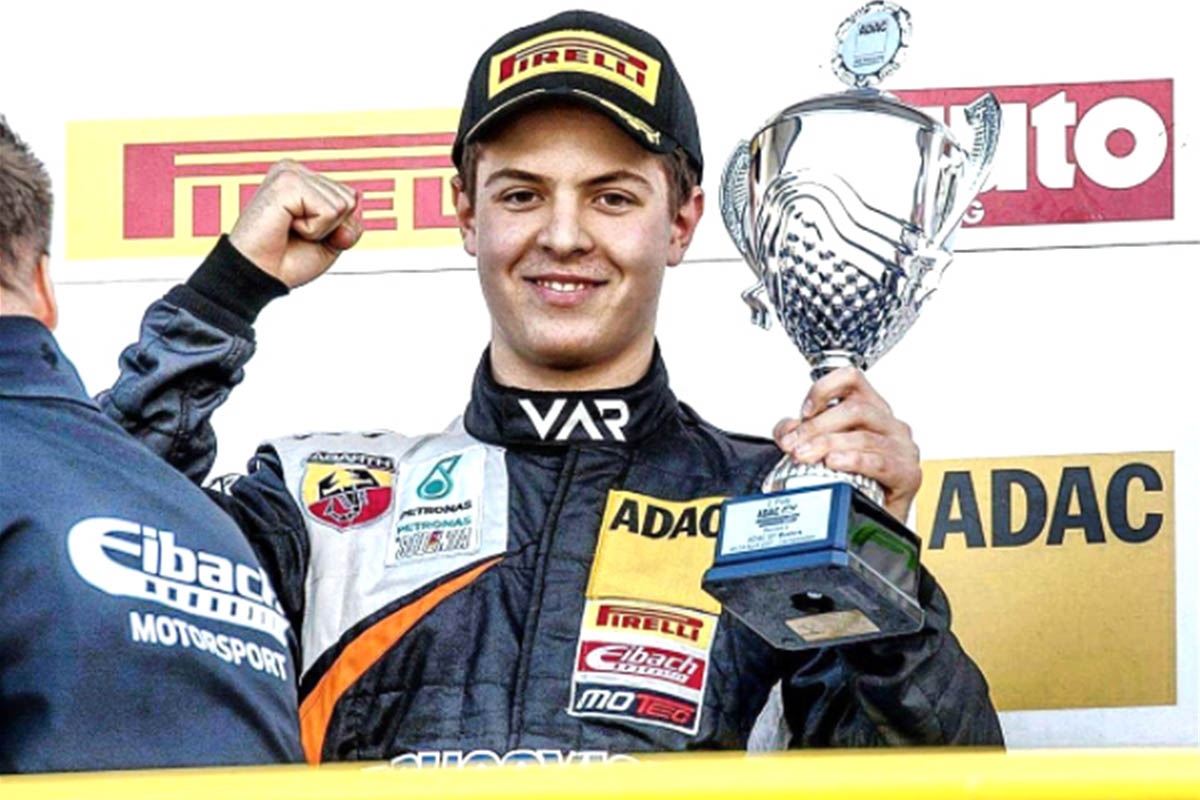 Felipe Drugovich, the new FIA Formula 2 Championship leader after his Feature Race triumph in Jeddah, has said that “anything can happen” during this year’s 14-round season. After emerging quickest in Friday’s disrupted Qualifying session, the Brazilian driver lined up on pole position and held the net race lead from lights to flag, holding off Richard Verschoor behind. Speaking in...
END_OF_DOCUMENT_TOKEN_TO_BE_REPLACED 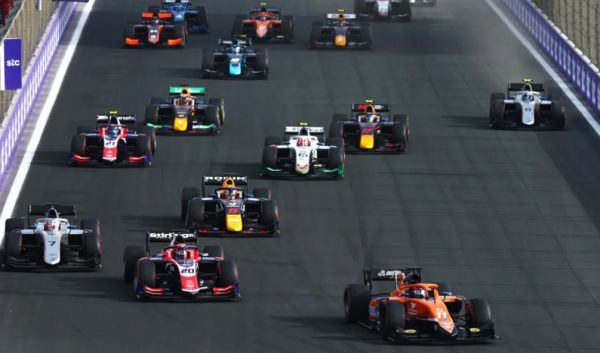 Drugovich dominates in Jeddah for his first F2 win since 2020

Felipe Drugovich continued his Formula 2 resurgence with MP Motorsport, running a smart race to convert pole into a first victory since Round 6 of the 2020 campaign. With title challengers, Liam Lawson and Théo Pourchaire both retiring, the MP Motorsport racer leaps to the summit of the Drivers’ Championship. 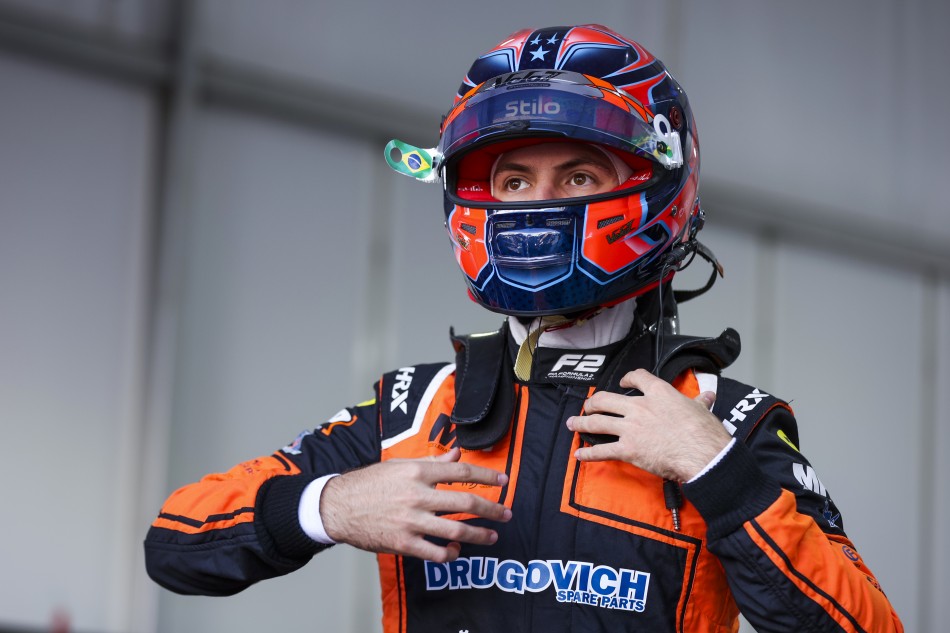 A late showing from Felipe Drugovich saw the MP Motorsport racer snatch pole in the final minute of Qualifying with a time of 1:40.422. The Brazilian finished ahead of Trident’s Richard Verschoor and Virtuosi racing’s Jack Doohan to take his first pole since Silverstone 2020 in another red-flag hampered session. 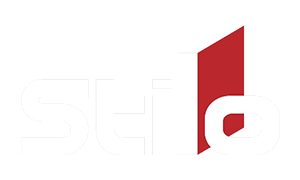