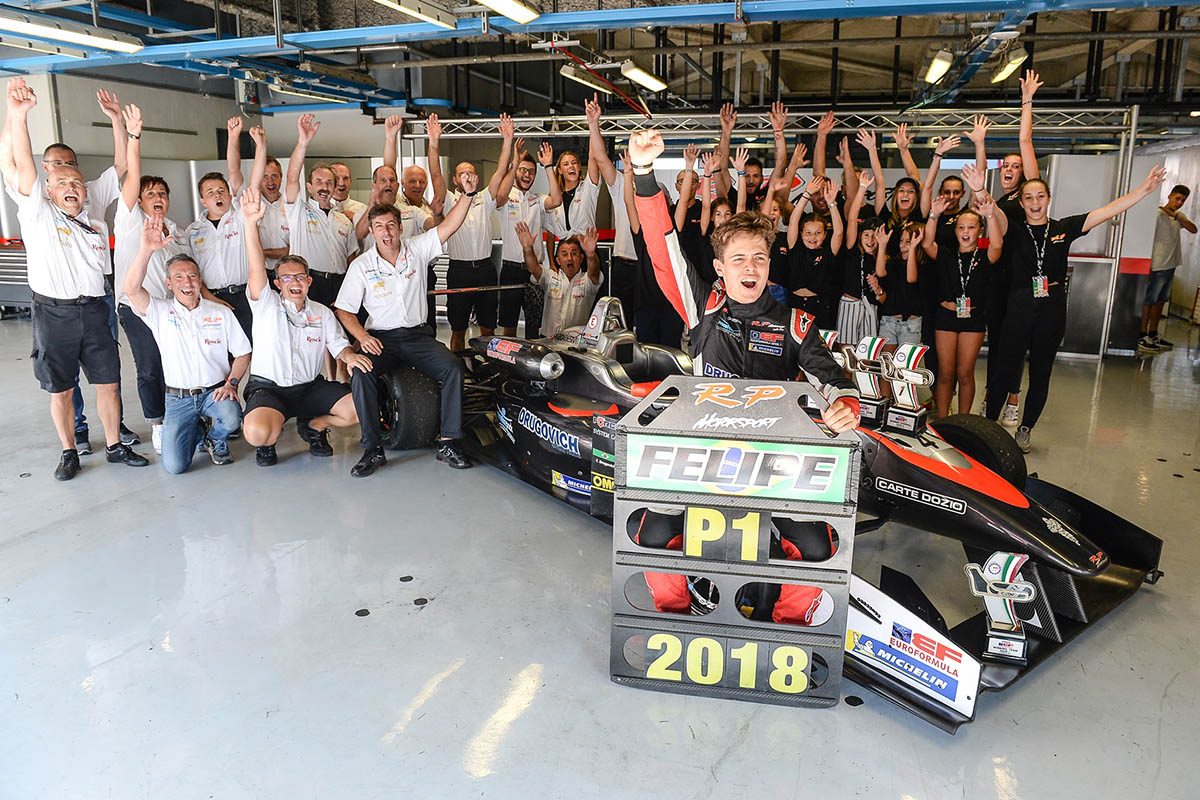 Felipe Drugovich won the two Euroformula F3 Open races at the weekend in Monza, Italy, winning the 2018 title in anticipation. Felipe, who had won the Saturday stage of the double round, started in pole position and won from end to end on Sunday with an incredible performance. He made two great starts and kept leading the race to the end.

“In the beginning the cars were very close, but I made my best at the Ascari contour and at parabolic stretch, where I gained more speed at the exit,” explained the driver. “I started to take advantage and then focused on manage to the end,” he said amid celebrations with family members and RP Motorsport staff.

The championship’s early achievement still missing four races towards the end of the season should change the team’s strategy for the rest of the year. “Without the commitment of points, championship, from now on we can dare more on the set up, test, risk on new changes. What will not change is the motivation, says Drugovich. Felipe’s next commitments with Euroformula F3 Open will be in Spain. On 6 and 7 October in Jerez and on 20 and 21 October in Barcelona.

Felipe started in the Brazilian kart racing when he was 8. When he turned 13, Felipe started his international career still in Go Kart categories. He made his debut at the age of 16, in 2016, in ADAC German Formula 4, was a record holder with seven victories, finishing third in the championship.

He was champion of the MRF Challenge 2017/2018 with 10 victories. His first race in Formula 3 was in Barcelona which was the last of the 2017 championship. He made pole position and won his first weekend in F3. With 10 wins and 2 second places in 12 races, Felipe has become the great champion in anticipation at this prestigious championship. There are still 4 races left.